Te Poho-o-Rawiri (The Chest of David) Maori Marae situated in Gisborne New Zealand in the suburb of Kaiti Gisborne. 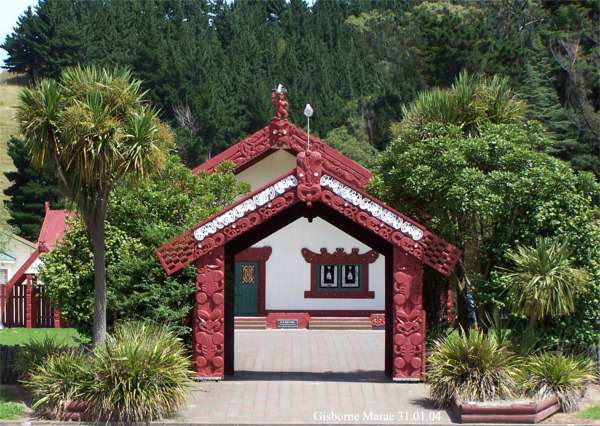 A Maori word now common in New Zealand English, marae refers an area of land where the Wharenui or meeting house (literally "big house") sits. Like nearly all Maori words, it is unchanged in the plural.

The area in front is used for ceremonial welcomes and oratory. Some marae controllers do not allow women to perform oratory there.

Most tribes (iwi) and subtribes and even many small settlements have their own marae. An example of such a small settlement with its own marae is at Hongoeka Bay, Plimmerton, the home of renowned writer Patricia Grace. Since the second half of the 20th century, Maori in urban areas have been establishing intertribal marae such as Maraeroa in eastern Porirua. For many Maori, their marae is just as important to them as their own homes.

Some marae have been benefiting from a substantial spruce-up, courtesy of Maori Television and a well-known hardware firm, for the weekly series "Mitre 10 Marae DIY"