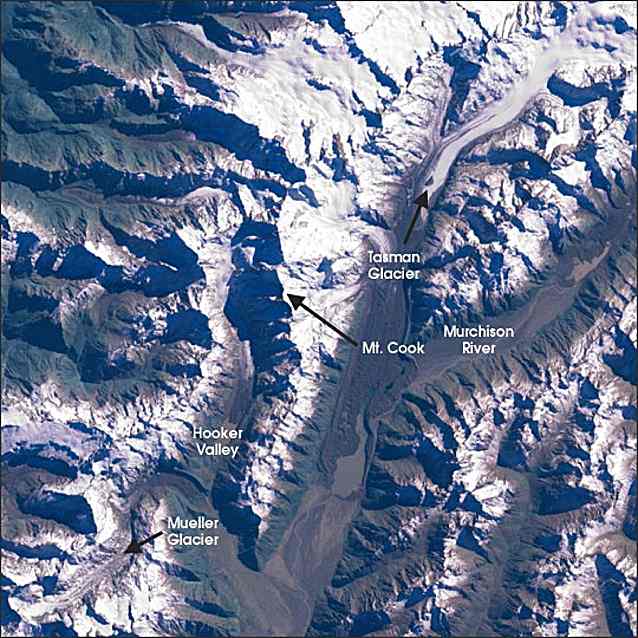 The Seven Summits are the highest peaks on each of the Earth's seven continents. However, there is some debate about whether to only count Australia, Australia and New Zealand, or all of Oceania (which adds the Pacific Islands and the Indonesian archipelago). Thus, there are disagreements about exactly which peaks are the Seven Summits. Mountaineering purists disparage Australia's Mt. Kosciuszko as it is an unchallenging day hike to its peak. Some recognize the tallest peak in New Zealand—Mt. Cook—as one of the Seven Summits. With its peak at an altitude of 3,754 meters (12,316 feet), it is nearly 70 percent taller than “Kozzy,” and its permanently snow-capped peak and glaciers provide a challenging ascent more akin to the taller of the Seven Summits.

The mountain is part of the Southern Alps along the western coast of New Zealand's South Island, and is located within the Aoraki Mount Cook National Park. The park was formally declared in 1953, and in combination with Westland National Park, it is one of the United Nations World Heritage Parks. The park contains more than 140 peaks standing over 2,000 meters (6,500 feet) and 72 named glaciers which cover 40 percent of the park's 70,011 hectares (more than 270 square miles). The Maori name for the peak, Aoraki, is often used to refer to the mountain. The more modern name honors Captain James Cook, who first surveyed and circumnavigated the islands of New Zealand in 1770.

The first recorded European attempt to climb the mountain took place in 1882, led by Irishman Reverend W.S. Green, but they were turned back by foul weather a mere 200 meters from the top. New Zealanders Tom Fyfe, Jack Clarke, and George Graham made the first successful ascent on Christmas Day, 1894, via the Hooker Valley. It remains a challenging ascent, with frequent storms and very steep snow and ice climbing to reach the peak. Strictly speaking, Aoraki is a triple peak, with the north peak being the highest. A “grand traverse” of the three peaks was first accomplished by Freda Du Faur, Peter Graham, and Darby Thomson in January, 1913. New Zealand's most famous mountaineer, Sir Edmund Hillary, along with Harry Ayres, made the first ascent up the challenging south ridge on the south peak in 1949, then also completed the grand traverse.

The Southern Alps on the South Island are formed by tectonic uplifting and pressure as the Pacific and Australia-Indian plates collide along the island's western coast. The uplifting continues, raising Mt. Cook an average of 10 mm (slightly less than half an inch) each year. However, erosive forces are also powerful shapers of the mountains. The top 10 meters calved off the northern peak in December 1991. The severe weather is due to the mountain's jutting into a trade wind pattern known as the Roaring Forties, which are characterized by powerful winds that run roughly around 45 degrees south latitude and run south of both Africa and Australia, so the Southern Alps are the first orthographic obstacle the winds encounter since South America as they blow easterly across the Southern Ocean.

The average annual rainfall in the area in the lowlands runs to around 300 inches a year! This tremendous influx of precipitation leads to temperate rain forests in the coastal lowlands, substantial snowpack in the mountains, and a reliable source of inflowing material that keeps the glaciers flowing. This includes the Tasman Glacier, which is 27 km long and as much as 3 km wide in places, the largest glacier in the world outside the polar regions.

This image was acquired by Landsat 7's Enhanced Thematic Mapper plus (ETM_) sensor on March 31, 2001. This is a true-color image made using red, green, and blue wavelengths (ETM_ bands 3, 2, and 1). The image has also been pan-sharpened to heighten the details and resolution.